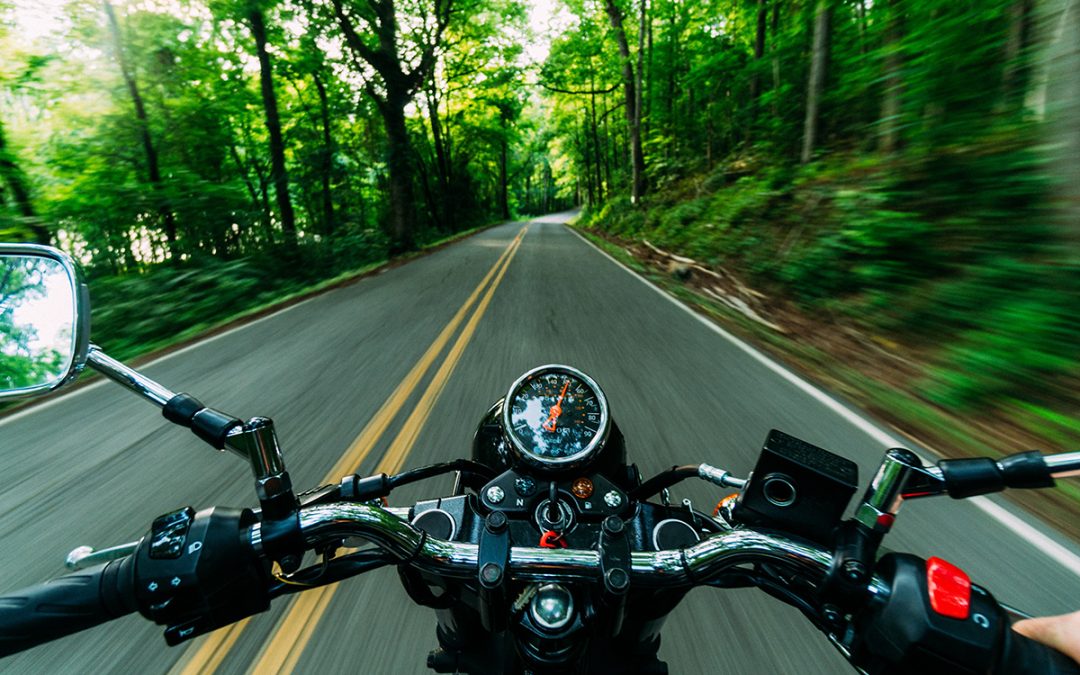 A motorcycle accident with late consequences 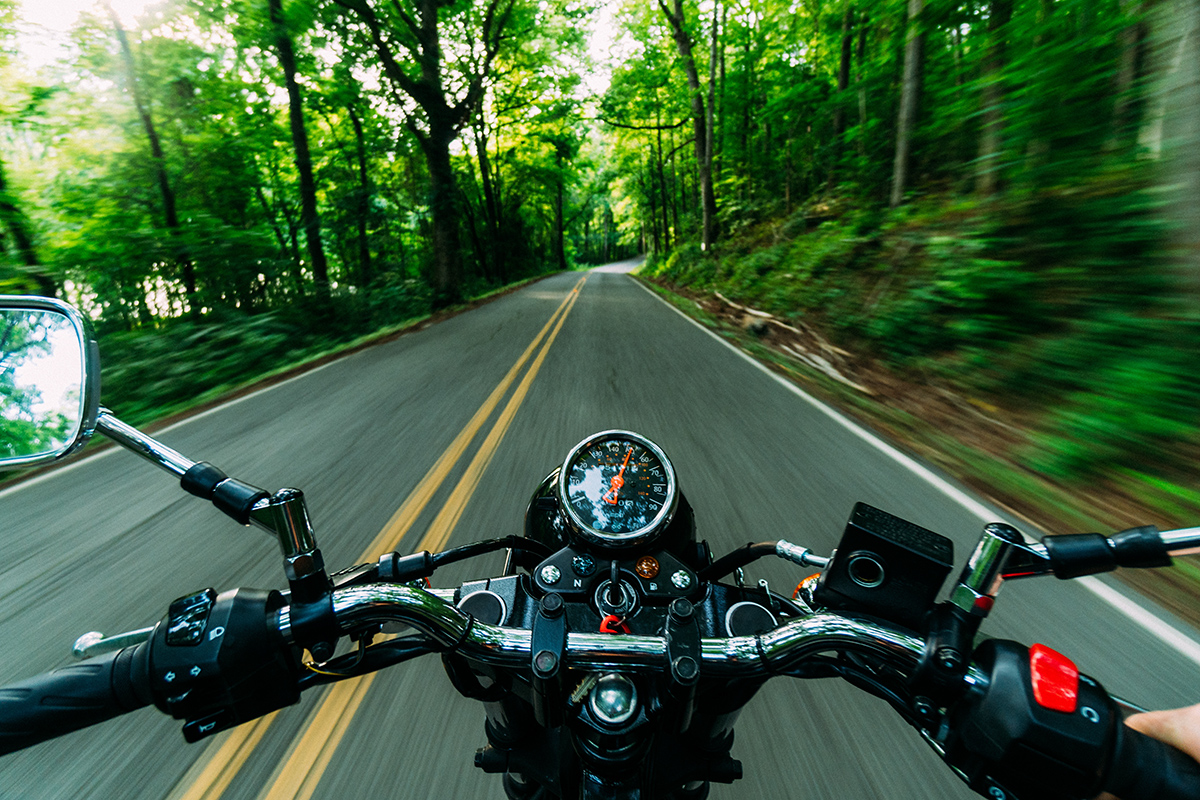 The motorcycle of a 20-year-old patient slipped on the wet road. He remembers hitting the road with his left shoulder and his left arm being hyperextended. He was examined at the hospital where an X-ray of the shoulder was performed, that showed no osseous lesion. He had some pain in the shoulder, which decreased. during the following days. Already shortly after the accident he felt some tingling on the lateral lower arm, which he was told would surely go away soon as well.

Two months after the accident he shows up in your office, because he noticed his left biceps somehow got smaller. Furthermore, the tingling in the forearm is still present.

He brings an ultrasound of the biceps tendon which is unremarkable and also says that the biceps looks normal. The same accounts for an MRI of the brachial plexus.

On inspection you see a highly atrophied biceps brachii on the left. In clinical examination mild weakness in elbow flection and hypesthesia on the lateral left forearm is noted.

What is your suspected diagnosis?

Which nerve would you scan?

See the ultrasound video and images below:

Find the ultrasound images below:

Image 1: Transverse view of the musculocutaneous nerve from proximal (a.) with a CSA of 5 mm2, in the middle of the lesion (b.) with a maximum CSA of 15 mm2 and distally to it (c.) with a CSA returning to normal 4 mm2.

Image 2: a. longitudinal view of the musculocutanous nerve with a sudden increase in diameter. Due to the winded course of the nerve, achieving a longitudinal view across the whole lesion in one image was not possible.

b. side-to-side comparison of the musculocutanous nerve in transverse view. Also notice the reduction of muscle mass above the nerve due to atrophy of the biceps on the affected side. 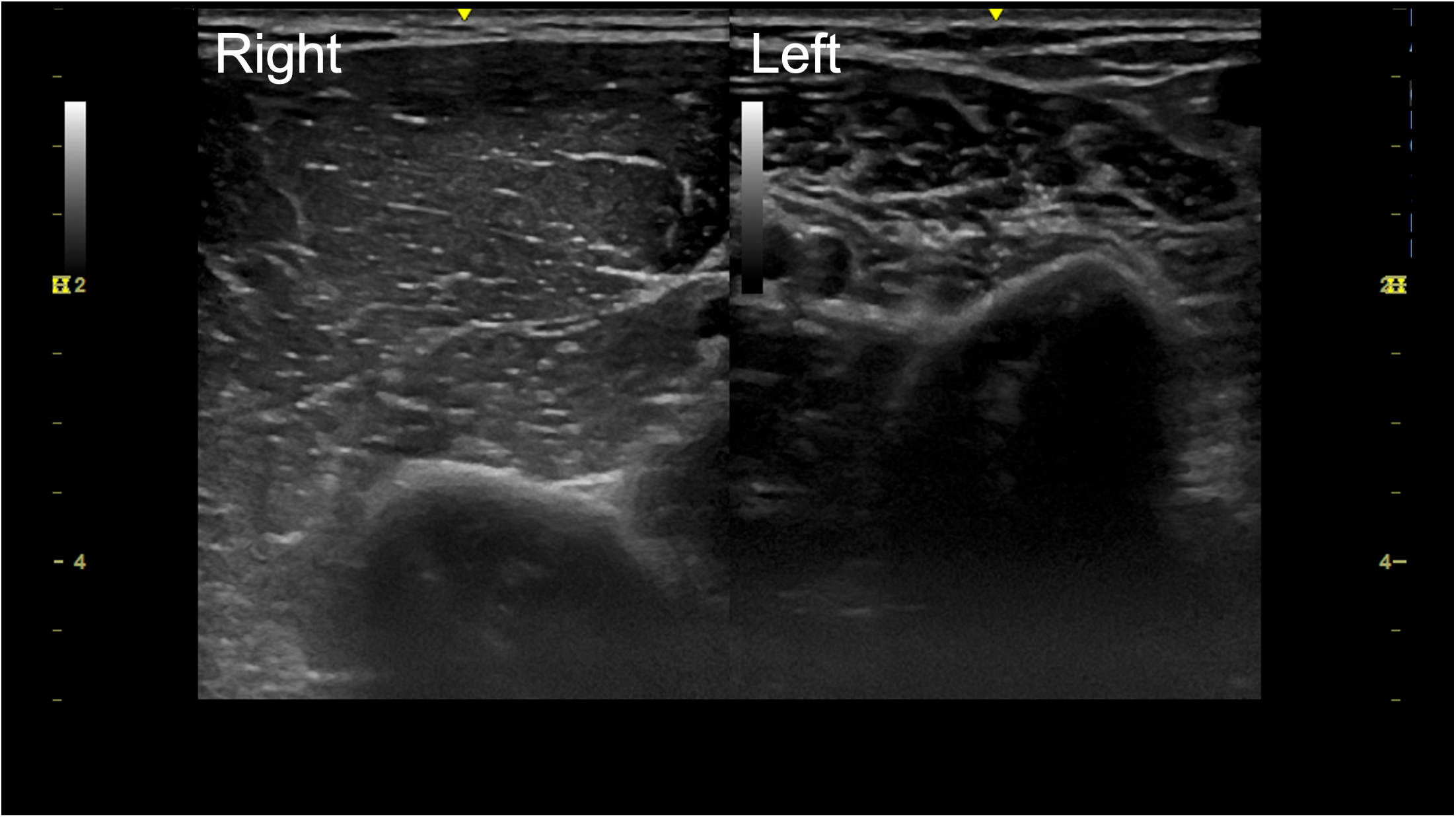 Image 3: the biceps brachii in side-to-side comparison. Although the accident was already two months ago and obviously a large muscle volume is lost, echogenicity is not dramatically increased on the affected side.

What have we found here? A high-grade trauma of the musculocutaneous nerve. Taking medical history into account, a stretch injury is our diagnosis.

How would you treat this young man? And how does ultrasound aid your decision?

Looking forward to your feedback.

And if you wanna dive deeper into the topic:

This website uses cookies to improve your experience while you navigate through the website. Out of these cookies, the cookies that are categorized as necessary are stored on your browser as they are essential for the working of basic functionalities of the website. We also use third-party cookies that help us analyze and understand how you use this website. These cookies will be stored in your browser only with your consent. You also have the option to opt-out of these cookies. But opting out of some of these cookies may have an effect on your browsing experience.
Necessary Always Enabled
Necessary cookies are absolutely essential for the website to function properly. This category only includes cookies that ensures basic functionalities and security features of the website. These cookies do not store any personal information.
Non-necessary
Any cookies that may not be particularly necessary for the website to function and is used specifically to collect user personal data via analytics, ads, other embedded contents are termed as non-necessary cookies. It is mandatory to procure user consent prior to running these cookies on your website.
SAVE & ACCEPT
Share This